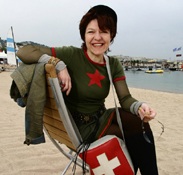 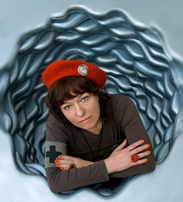 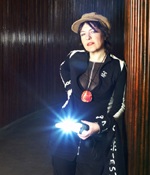 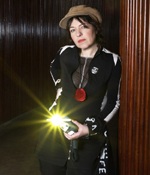 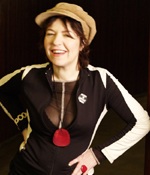 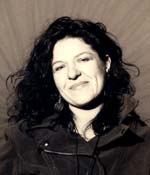 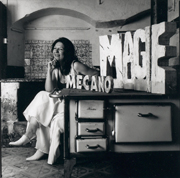 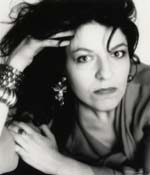 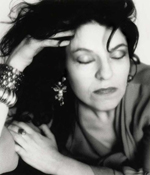 born in luxembourg, she works as an artist and filmmaker in vienna and luxembourg, where she explores the field of tension between film and the fine arts. she studied sculpture at vienna’s academy of fine arts and experimental film at the university of applied arts. her work crosses the borders between the various artistic disciplines and is presented in movie theaters, at film festivals, in museums, galleries, public spaces and on the world wide web.

bady minck is the creator of electro-breakfast, the constructor of the electro-cells and the inventor of the stomach literacy actions. her intervention-art includes graffiti, performance, eat-art and mail-art in the eighties, objects, installations, net-art, political intervention-art and art-to-science-transfer.

at university in 1988, she realised her first film the man with modern nerves. the film was invited to the ‘semaine de la critique’ at the cannes film festival and to the ‘panorama’ at the berlinale; it was purchased by centre pompidou paris for their collection of avantgarde films.

in 1996, with her surreal short film mécanomagie, bady minck explored the catholic-bucolic and multicultural roots of luxembourg, the grand duchy where she was born. while mécanomagie was invited to more than 50 international film festivals, bady minck moved her interest and her critical view to the landscapes of austria for in the beginning was the eye.

for in the beginning was the eye, she invited the poets ernst jandl, friederike mayröcker and bodo hell to create sound-poems for the soundtrack and visual poems for the film interiors. for the making of her film, she is also collaborating with scientific teams and researchers for a feed-back-loop and an art-science-transfer. after its completion (it took 5 years to realise the film), in the beginning was the eye was invited to the ‘director’s fortnight’ at cannes film festival 2003 and became a critic’s and festival’s hit, being invited to over 100 film festivals and winning several awards.

for the sound of her films and shows, bady minck collaborated with many musicians like attwenger, bernhard fleischmann, beat furrer, david furrer, siegfried friedrich, klangforum wien, andré mergenthaler, misato mochizuki, dr nachtstrom, sainkho namtchylak, der plan, pulsinger & tunakan and pyrolator. she worked with sounds by morton feldman, stockhausen, tuxedomoon and iannis xenakis. for her last film, MappaMundi, the beatboxers chakrabreaker and ivory parker made beatbox-foleys for the movements of the actors.

in her new project ‚1313 dante’s emperor’ bady minck’s interest is focusing onto the world of HHRR henri VII and dante (13th and 14th c.) and specially for their intention to unite the european countries, while around them the perception changes from the 2-dimensional to the 3-dimensional view. with this project she got invited in 2015 to the project market of the rome film festival and got awarded with the ‚special mention of the eurimages-jury’.

her own films have been invited to more than 500 international film festivals, a.o. to festival cannes, berlinale, locarno and to sundance film festival and have been presented in more than 40 retrospectives or solo-shows on 4 continents.

her films have been purchased for various collections, including the collections of the centre pompidou, paris; the university of kentucky, lexington; the count dürckheim collection, the cinémathèque de luxembourg; the roland collection, london; the new york filmmakers coop; the fine art collection, university of florida and the rockefeller library at brown university, providence.

her artworks and films have been exhibited in different countries, at the musée d’art moderne at centre pompidou, paris; at the expo ’98 in lisboa; at the museum of fine arts in houston; at the centre d’art contemporain fribourg; at the kunsthalle wien; at the modern arts center budapest; at the galerie zacheta warsaw; at the fabrica audiovisual in buenos aires; at modern art museum moscouw; at batofar in paris; at the arts centre plymouth; at the pacific film archives san francisco; at manchester art gallery, at moscouw biennale, at chelsea art museum new york, at lincoln center new york, etc.

she has been teaching art and film as visiting professor at universities and academies of art in several countries, including the bogacici university istanbul, fachhochschule joanneum graz, università di udine, donau-universität krems, kunstuniversität linz, academy of fine arts munich, université de luxembourg and shake academy cologne & luxembourg. she has been giving lectures and holding workshops at festivals and symposia in several countries.

as a jury member she contributed to choose the winners of film art and fine art awards; e.g. as a member of the orizzonti jury at the venice film festival 2009.

the dvd 4 films by bady minck features 4 of her films including a making of and a 24-page booklet in german and english.

the book im anfang war der blick. ereignishorizont eines films presents 20 contributions by artists, scientists and theorists referring to her film in the beginning was the eye.